Why Does My Cat Attack Me For No Reason? Help Please! 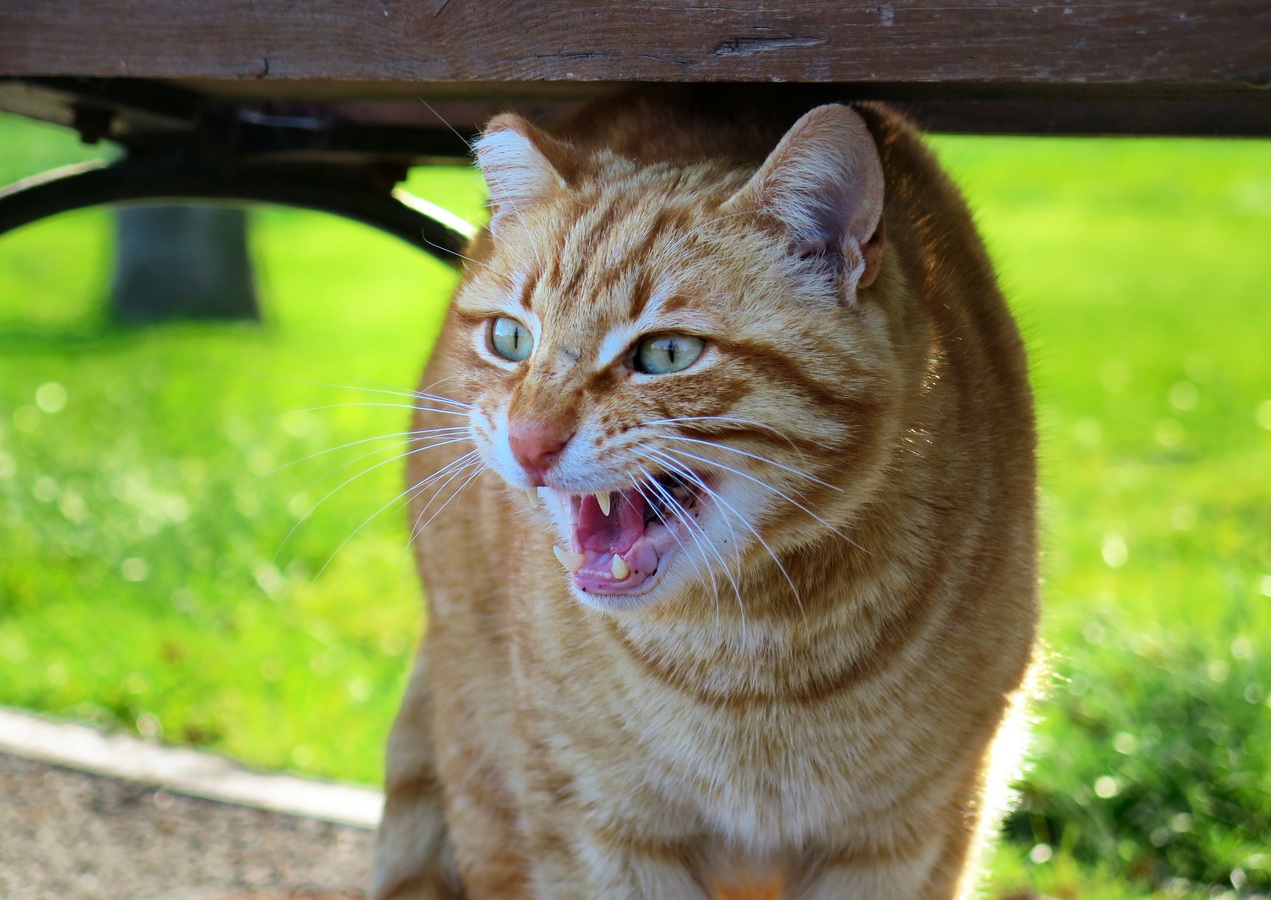 “Why does my cat attack me for no reason? Should I be worried?”

We received this question recently from a concerned cat owner. Most of the time, these attacks are redirected aggression, meaning something triggered your cat’s aggression, and it happened that you’re on the receiving end. There are a lot of potential triggers in this case, ranging from stress, fear, threat, and even medical problems.

If your cat suddenly attacks you, but not in a playful or purry way, something is wrong. Sometimes, these attacks may draw blood, which can be disturbing.

Such a scenario is due to a stressor that caused your cat to unleash its aggressive tendencies. Even friendly and affectionate cats may exhibit this behavior.

What happens is your cat gets triggered, and it directs its aggression toward you, considering that you’re the one nearest to them at the moment. An attack fueled by aggression is characterized by dilated pupils, raised hairs, arched back, and bared teeth. This is far from playful pouncing.

The following are some of the potential triggers of cat sudden cat aggression:

Loud sounds like an explosion, noise from the TV, or a falling object will startle a cat. And in the state of confusion, your furball may redirect the reaction to you. Like humans, fear can get the best out of your pet. This is why I won’t consider this a behavioral problem, but a knee-jerk reaction to an extreme stressor.

🐱Presence of another cat

Cats are territorial beings, so the presence of another kitty may trigger your pet’s aggression. It’s possible that your cat got scared of a dog, which then vents out its fear to you.

A new pet is a massive change in your household. And as you know, cats hate sudden changes.  Whether it’s a dog or a cat, the presence of the new pet could make your cat very territorial. You’ll observe increased spraying and aggression toward the other animal. And if you try to touch your cat during a stand-off, it may fight you back.

🐱There are preys outside

So one day, your cat is just sitting by the window when it suddenly lunged at you. It’s possible that the kitty saw a squirrel or a prey outside that ticked their hunting button on. And with the rush of adrenaline, they may use their hunting mode on you.

🐱The cat is in pain

Lastly, your cat is possibly suffering from a medical condition. Your cat may attack you out of nowhere even if you’re just cuddling. Cats don’t understand pain, so once they feel it, they may associate it with your presence, thus the attack.

What to do about sudden attacks from cats

In the wake of the attack, don’t touch or try to go near your cat. Try to call its name as an effort to distract the kitty from the trigger. Once the cat appears calmer, take it to another room to change the environment.

🐱Don’t touch your cat right away

After an encounter with the stressor, your cat will be emotionally unstable. Never use your body to block its way, or you’ll end up with bloody bites or cat scratches. Avoid petting, touching, or going too near an agitated cat. Let the situation cool down before you touch your pet.

🐱Keep the stressor away

If another pet fuels the aggression, keep your cat away until it calms down. You can re-introduce the feline later on but do it slowly to prevent another aggressive encounter. If your cat shows signs of aggression, you can drop a pillow or make a distracting sound to break the tension.

On the other hand, you should block your cat’s view if outside elements are causing the misdirected aggression. It’s best to keep your pet busy with toys and other activities in the house. Also, if your cat’s view of the window includes a bird feeder, consider transferring the window hammock to another window.

However, if you can’t find the reason behind the attack, you should bring your cat to the vet. Medical tests will help rule out any potential medical problem that’s triggering the aggression. If the veterinarian diagnosed a health issue, it should be addressed right away.

If a friend brought a pet in your home, make sure that you remove the foreign smell. You may not see it, but these guest cats may spray around your home. Your cat will hate this smell, and it may trigger their territorial tendencies even if the other feline is no longer around.

An enzymatic cleaner will remove all traces of urine left by cats. You can also use Feliway to make your cat comfortable with the scent of your home. Not sure if there is cat pee around? Use a black light to spot the crime scene.

A lot of catfights happen because males are competing over a female cat in heat. Also, fluctuating hormones will affect your pet’s behavior. In this case, it’s best to get the kitty fixed once it reaches six months of age.

While neutering or spaying will not completely erase aggression, it will make your cat calmer. Spraying will be minimal, too, and your cat will be less likely to run away.

Q: Can I medicate an aggressive cat?

A: You should never administer any drug to your cat unless it’s prescribed or supervised by a licensed veterinarian. Vets can prescribe medications like Clomicalm or Prozac to reduce the compulsive tendencies and aggression of cats.

Q: Can a cat be bipolar?

A: Cats are known to be moody, so it doesn’t make your pet bipolar just because it’s quite temperamental. Medically speaking, bipolar disorder among cats is very difficult to diagnose since each breed and cat has its own personality. And since bipolar disorder is a condition among humans, the metrics to diagnose it don’t apply to felines.

Q: Do cats attack as a sign of affection?

A: If the attack is in the form of a pounce followed by a playful gesture, your cat is trying to get your attention and initiate playtime. However, if the attack draws blood or hurts you, it’s likely a case of misdirected aggression.

“Why does my cat attack me for no reason?” It could be fear, threat, or medical problems. Whatever it is, you must take action to remove the stressor so your cat will not exhibit the same behavior again. Also, never punish a cat for misdirected aggression since violence will only trigger further behavioral problems.

Effective Ways on How to Clean Cat Urine From Couch