The cries of the abandoned kitten are heart-wrenching, and you would wonder why a mother cat would leave her helpless offspring to weep and probably starve. Before you pick up the kitten or take it home, you may want to consider the potential explanations for why the kitten is alone. Why do mother cats abandon their kittens?

One of the most heart-warming things to see is a mother cat caressing and feeding her cats. Even in shelters, abandoned kittens are sometimes given to a nursing mother who will accept and nurture motherless babies as her own. Let’s find out why do mother cats abandon their kittens!

Why Do Mother Cats Abandon Their Kittens?

So what’s going to make a mother cat reject or give up her kittens? It’s heartbreaking to think of a mama cat that doesn’t accept her baby, and maybe you’re wondering why it’s going to happen. There are many explanations, and it’s good to consider them. Here are some of the reasons why a mother cat might have rejected or abandoned her kittens before they grew up. Why do mother cats abandon their kittens? Here’s why.

First of all, a lot of people come to litters of kittens outdoors and think they’ve been abandoned when, in fact, mom is nearby, probably hunting. Outdoor or stray moms are sometimes scattering their kittens to avoid predation.

If the kittens seem to be well-fed, they’re in a safe spot, and they fall asleep after crying for a short time, Mom is probably around. It’s best to watch the nest for a few hours to see if it comes back. If she doesn’t, she may be sick and unable to come back, or she may have been killed.

Kittens may also wander around and get lost or trapped in positions where mom can’t get to them. It can happen indoors or outdoors. So if you see a mom prowling around nervously or finding a kitten crying somewhere, they might be trying to find each other.

2. The Illness Or The Deformity

Sometimes a mom will reject a sick kitten to avoid spreading the illness to the others. It’s not always the “runt” that is sick. A mother cat can even reject a physically deformed kitten, such as a “Janus” cat, even if the kitten is otherwise perfectly healthy.

Experts recommend removing any completely rejected kittens so that mom doesn’t reject the rest of the litter.

Some nursing moms develop mastitis, a mammary gland infection. This may happen naturally or as a result of kittens scratching the tissue during nursing.

The nipple is getting swollen, hard, and hot to the touch. So it might look like mom rejects her babies when it’s just too painful to let them suck.

4. The Size Of The Litter

Too big a litter can also lead to rejection. If there is not enough milk for all her kittens, mom may reject a few to save milk for the others. A conscientious observer is likely to detect this activity within the first 24 hours of birth.

A very young mother who has not learned maternal skills may be confused or disinterested. Some moms start this way, and then they find it out. Most of them don’t.

A disinterested mother may also have been traumatized during childbirth if, for example, she was not in a safe place or had physical labor difficulties. Her hyper-vigilance and nervousness can make it difficult for her to relax and lie down so that the kittens can suck.

Motherhood can be a challenge to any animal. Give compassion, consideration, and help to these cat moms if they need it, just as you would have done to any struggling mother.

Call your local shelter, rescue group, or veterinarian for help, and remember; even though kittens are adorable, more than 4 million animals are euthanized annually in the U.S. due to overpopulation. Please pay or neutralize your dogs.

Problems With The Mom

Why do mother cats abandon their kittens? Not only does illness in a kitten possibly cause a mother to reject him, but if the mother herself is sick, she won’t be able to take care of her kittens, and because of that, she will reject them. She may also have a greater chance of having a difficult birth, which could cause birth defects in the kittens. Some new moms or high-strung kittens are often unable to take care of their babies because of their inexperience or disposition and reject the litter as a whole.

Mother kittens who are underweight and have poor nutrition before and after birth will not be able to supply the milk that their children need, leading to the rejection of the litter as well. In some cases, Mom might just give birth to such a big litter that she can’t take care of all her babies properly and therefore give up the excess kittens. Note, moms can only feed eight kittens at a time, so extras are typically rejected.

It’s important to bring the little kittens to your vet immediately, along with your mom, at the first sign of rejection. He will diagnose and treat them for any disease they may have. The little ones will require you to feed them with a kitten milk substitute formula to keep them safe. Young kittens under three weeks of age can’t handle their own body temperature, so you’ll need to put them in a heated kitty bed or use a heating pad covered in a towel to keep them warm. Ask your vet to show you how to properly nurse your babies and get him to give you some advice on their care.

It is important that a kitten receives colostrum from his mother’s milk within the first 24 hours of birth so that he gets the immunity he needs to stay healthy, according to the Manhattan Cat Specialists. If you find that one or more kittens have been abandoned and rejected by their mother, try to find them a surrogate mother. The mother’s surrogate milk provides the colostrum they need, and she can give them comfort and care. Contact nearby shelters or rescue organizations who may have a mother who has recently given birth to kittens and will take care of your kitty’s rejected kittens.

If you’re saving a pregnant kitty, give her proper nutrition and a place she feels safe with her little ones, along with a lot of affection, so that she doesn’t feel neglected, which may make her reject the little ones. Often teaching an inexperienced mom how to nurse by putting her on her side and guiding the kitties to the nipples will encourage proper nursing and avoid rejection.

Should I Adopt The Abandoned Kitten?

You know, some kittens are really abandoned before you disturb a nest. A mom-cat may be harder to find than a stealth bomber, but just because she’s not there right now doesn’t mean she’s not around. If the kittens are clean, plump, and sleeping gently in a heap, the chances are that they have an attentive mom and should be left alone. Abandoned kittens are going to be filthy, and the nest is going to be soiled, and they’re going to scream endlessly because they’re hungry. Ideally, kittens should not be removed from the mother until they are between five and six weeks of age.

However, kittens born to feral mothers should be taken away, if possible, at around four weeks of age. It’s easy to tame them at this age, and they’ve got a full four weeks worth of precious antibodies that mother’s milk provides. When they get older, it’s getting harder and harder to tame them. Kittens over the age of eight weeks who have had no human interaction would possibly take months to tame — if it can be achieved at all.

If a rescued kitten feels cold, warm it immediately, but gently. Place it on a warm pad wrapped in towels and at the lowest temperature, or heat a hot bottle of water to around 100 degrees (wrapped in a towel) and place it with a cat. A lot of vets have incubators to warm a frozen kitten. Do not feed the kitten until it is wet since it can not be properly digested when it is cold. It is okay, though, to syringe feed a few drops of 5 percent sugar water or to rub a little bit of Karo syrup on the kitten’s lips.

Kittens under the age of three weeks can not regulate their body temperature. Hold them on a low heat pad, wrapped in towels (at least two layers of towels or one towel folded over), should cover the pad. If the kittens tend to sleep on the edges, you’ll know if it’s too hot. The heating pad can be used until the kittens are around four to five weeks old or until you find they’re avoiding it. An option that many foster favors are a heat lamp over the nest of the kitten.

Kittens should be kept in a warm, draft-free place in a box or a cat carrier, completely isolated from other animals. Keep the container covered with a towel or blanket; a small towel or cloth inside the carrier will also keep it comfortable. Adjust the bedding of their “nest” every day because kittens seem to have accidents! As they get older, they’re going to need more space to work out, play, and explore. A spare bathroom is perfect for that.

It’s a safe idea to take them to the vet immediately to screen for exhaustion and general condition. If possible, take a stool sample to test for worms and parasites. Young kittens are always at risk of being dehydrated, and this can happen very quickly. In this case, a dose of fluids injected under the skin (subcutaneously, also known as “sub-q”) is required. Ask your vet or vet technician to show you how to do this. This would be handy if your kitten gets dehydrated easily or in the middle of the night. Even the most squeamish fosters have mastered this, and it isn’t as awful as it sounds.

A lot of vets will send you a courtesy (free) office visit if you tell them that this is a rescued kitten you’re fostering. Their staff can also send you a lot of advice and supplies along the way.

If the kitten has been grinding for a short time, or if you see that its nest is clean, or that it sleeps peacefully, it probably won’t be abandoned. His mother may be away from the nest for an extended hunting trip. It is also likely that after the birth of her kittens, she split and hid them in various locations to minimize the likelihood of the prey of killing the litter. In this case, the mother is going to be back in time. 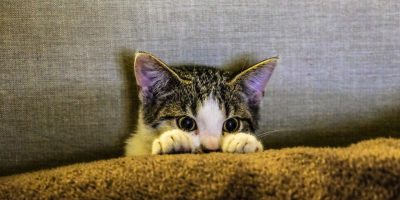 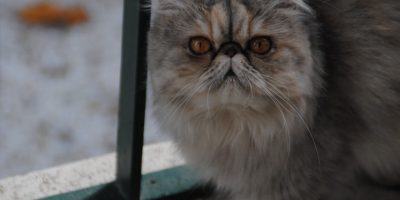