Like dogs and other animals, cats may also show some odd behavior for some times. One of these most common behaviors that pet owners may have to be misunderstood is the cat kneading. Apparently, there is no exact explanation of why do cats knead with their front paws. Luckily, there are some theories that may help us to identify this natural action from cats.

As we go along, we will try to identify the reasons behind the cat’s kneading behavior. Aside from that, we will also share some helpful ways on how to address this unique behavior of the cats and how often are they doing this kneading action. So, if you like to know more about your feline’s distinct characteristic, let’s check it out below!

What is Cat Kneading?

Before we jump into determining the reasons why do cats knead with their front paws, let us first identify what is kneading? Cat kneading is basically an action exerted by cats by pushing their front paws alternatively over a soft surface in a repetitive motion. Generally, they need in a way similar to that of bread or dough making. That’s the reason why this cat’s behavior is often called as the kneading dough or making bread.

Moreover, the cats are fond of kneading on soft surfaces such as the pillows, blankets, soft carpets, couch, or even on their owner’s lap. But the reason behind why do cats knead with their front paws is still unclear. However, not all cats do this action of kneading, and some of them knead in an infrequent manner.

As they exert their kneading behavior, some cats are extending and retracting their claws. Meanwhile, other cats maintain the full retraction of their claws as they do the kneading. Normally, most cats knead by pushing their front paws, yet there are some that completely make use of all the four paws.

On the other hand, other cats may bite on the blankets as they knead. Yet, you may also notice that cat kneading may also come with contented purring. Or, you may even observe that some also drool while their jaw is relaxed.

Reasons Why do Cats Knead with Their Front Paws

Generally, kneading is an instinct behavior in cats. Besides, this behavior of felines primarily begins on the first day they were born. Here are some of the reasons why do cats knead with their front paws:

One of the primary reasons why do cats knead with their front paws is to help in the stimulation of their mother’s milk. Actually, as the kittens knead over the belly of their mother, they are generally gone for nursing. Generally, this is due to the fact that cats naturally keep their instincts when they were a kitten.

Although, a cat kneading behavior over soft surfaces does not really produce milk, the older cats tend to relate this action of kneading with the comforting reward of nursing. However, the cats kneading on human are one way for them to show their love and affection for you as their owner. Even as they grow as an old feline, this fur buddy still remains a baby.

Other theory that also explains why do cats knead with their front paws roots back on their wild ancestor’s behavior of kneading grass to prepare a comfortable sleeping spot. Basically, kneading is a way that practically tramps down grasses or shredded leaves and stake a claim over it. Moreover, they also do the kneading motion in order to make a soft bed for them to have a relaxing sleep. As time goes, this action goes on as a natural instinct of cat before they relax on a catnap.

Why do cats knead with their front paws? Well, another practical reason for this cat’s behavior is that they want to own that specific place. Just like dogs, the cats also have this attitude of making their own territory. Naturally, scent glands are also present within the cats’ soft pads, most specifically within the bottom of their paws.

During the kneading action, the cats usually release and leave their distinct scent into the kneaded surface. Basically, the acts as their marker to claim the territory for strange cats that might come into it and try to claim that spot. In case your cat kneads your lap, this does not only mean that he is comfortable and secure, but that also shows that he is claiming you to be his own. Moreover, scratching is another natural behavior of a cat that may also leave their scent.

Another reason why do cats knead with their front paws over their owner’s lap is because you might be wearing a soft clothe like a woollen shawl or supple fabric. The cats usually consider these clothing materials as a great sleeping surface. Similar to the humans, cats knead on soft surfaces same with the way we fluff our pillows.

There are other cats that do the kneading action in order to bring back their old amazing days as kittens. For them, their owner’s lap is as warm as the belly of their mother. Generally, why do cats knead with their front paws are because they want to show their affection to you.

Basically, why do cats knead with their front paws because you are petting them. Cats usually like purring. At some times, they may drool a little which is an obvious indication that they are really contented and feel your love. That’s why the kneading behavior of cats may also be their way of showing you that you feel it the same way.

However, there are times that this kneading behavior may result to a painful sensation rather being a pleasant one. This may also be true if the cat is actually truly happy. Besides, the better the cat feels, the harder they like to do the kneading. Once their nails are long, you will actually know it. It is generally better to cover the lap with a pillow or thick blanket prior to perching.

5. Stretching muscles after a catnap

Lastly, one reason why do cats knead with their front paws is because a cat that kneads is usually a cat that stretches. Due to the power naps that they have all throughout the day, they actually need to have some break and stretch out their muscles. This way, they may generally stay limber.

Why do cats knead with their front paws is due to the reason that they are generally going into heat. This is most likely common with some female cats as their signal to male cats for their desire to mate. When the estrus cycle progresses, plaintive meows will basically be heard and it will elevate faster into loud yowls. Behaviors like this show the cat’s effort to catch the attention of male cats.

Aside from that, the female cat may also show restlessness, move highly affectionate, and makes the mating position the moment you pet her. Actually, it is very hard to discourage the cat’s behavior like this. Perhaps, the best thing to do in order to address these symptoms related to the female cat’s cycle is to let your cat be spayed.

How Often Do Cats Knead?

Aside from the reason that the cat kneading may show affection, another theory why do cats knead with their front paws is that it soothes their selves as well. Generally, this cat’s unique habit can offer great comfort. Yet, one more concern about this matter is how often do the kneading happen?

Most likely, if the cat is alone for a long time period, the kneading may usually happen when you are already at home. That’s why it is always better to invest more quality time with them. It may generally help if you play with them, brush them, or talk to them in a gentle tone every day.

What You Can Do About Cat Kneading?

Trim down their nails

Basically, maintain their claws trimmed most likely if your cat often kneads. This will help you to prevent being scratched or snagged your clothes.

Have an available towel around

It is generally better if you have a folded towel close to your chair so that you can have it available to protect your lap the moment cats knead with front paws. Aside from that, it will also help your cat to indicate affection without giving you discomfort.

Place your cat in a lying position

You can also consider putting your cat in a lying position in case the kneading behavior already becomes uncomfortable and bothers you a lot. Generally, this position can help the cat to settle down and immediately go to sleep. Additionally, you can also place them into a sofa or any soft surface.

According to pet behavior experts, it is not actually good to punish your cat if they commit an instinctive behavior such as the kneading. So, it basically means that you must have to reward them by holding their front paws or rewarding them with a treat.

Why do cats knead with their front paws? Basically, this is due to the fact that cats do have unique behaviors and natural instincts that can be easily recognized. Moreover, cats knead because of some theories and reasons in which most pet behavior experts assumed as these are commonly seen with the felines most of the time. There are also cat’s movements that let you easily identify the reason behind their kneading actions.

Knowing this, we can actually attend to our cat’s behavioral needs. In addition to that, you can also help them to eliminate this behavior in an easy manner without hurting them or punishing them. This way, you can help them to show their love and affection and at the same time provide them with the love and care that they need. 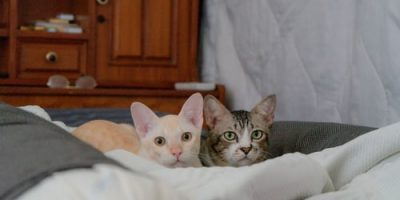 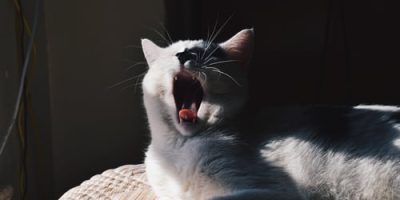