Loving and easygoing, this is how you describe this family cat breed. They have a tendency to go limp and relax in their owner’s arms when they want to get attention. They are a perfect family companion because it is affectionate and mild-mannered.

The ragdoll cat’s personality is commonly compared to dogs due to their tendency to follow their owners around. It came originally from the United Kingdom but it is a native breed from the United States.

Among the domesticated cat breeds, the ragdoll is the largest in terms of height. Their average weight ranges from 8 to 15 pounds for mature females while 12 to 20 pounds for males. They are distinctive for their large frame, proportionate legs, and a sturdy body. They will surely be a celebrity in every cat show.

Their colors are available in chocolate, red, seal and with corresponding shades of lilac, blue, and cream. You can easily distinguish a ragdoll from other cats because it has colorpoints that are darker in the ears, nose, tail, and paws. You would often see them in pure white during their juvenile years but they’ll show their colors around 3-4 years.

The socially inclined and active Burmese cat has the charm to be a perfect choice for families with children. The Burmese cats have popularized in Britain and in the United States but they originated in Thailand. You can easily teach them different kinds of tricks as well as training them to do simple things.

Siamese cats are their ancestors that is why physically, you can notice some similarities. These are the types of cat breeds that will happily get along with other pets such as dogs and cats if they are no humans around. The black shade is their original color but nowadays, they are now in varied colors.

There are two types of Burmese cats, the British or Traditional Burmese Cat, and the American or Contemporary Burmese Cat. They a have slender long body with a head that is shaped in wedge, almond-shaped eyes and large pointed ears.

The American Burmese Cat is stockier, with a broad head, rounder eyes with ears that are wider at the base. The Burmese cats are small-medium breeds that can weight up to 4-6kg. The females tend to be an attention seeker, while the males are more satisfied when they know their owner is just around.

Black Burmese and mini-panther are the common nicknames of this cat. It is a breed of American Shorthair and the Burmese. Their black physical appearance may be in their coat, sole, nose, and mouth, that matches its green or copper eyes can be distinguished easily.

You will be amazed by its fur because it is generally black up to the roots without an obvious pailing. Males tend to be heavier than females with an average weight of 15 pounds. If they live happily and healthily, expect that they’ll have a lifespan of up to 20 years.

The Bombay cat is brave and highly sociable but is not quite independent. If they lived with you for a couple of months, expect that they will always crave human attention.

Your other domesticated animals can be their playmates if they are alone and bored. They can be noisy at times vocalizing and crying at times if they are not feeling well or if they feel sad.

They only shed a little making them not high maintenance that is why it should be considered on the list of the family cat breeds. The most valued personality of this cat is their loyalty.

This long-haired cat breed from Russia is a common domesticated cat that is suitable for cold climates. They grow medium to large that can weight 8 to 17 pounds. All cats breeds that are long-haired hails Siberian Cat as their ancestor.

This cat is a national cat of Russia since its roots are from Siberia. The Siberian Cat came from a country with a subarctic climate, it has a long and protective coat that is truly eye-catching. If you see your cat chasing waters, don’t worry because they enjoy it.

The Siberian Cat is quite moody wherein they will only be affectionate and playful if they want to. You don’t have to worry about their temperament because if they feel like to be alone, they will just stay in a comfortable place and rest. They are a perfect buddy to cuddle because of their fluffy fur.

Their expressive round eyes give them a sweet expression. On the physical aspect, they have a stockier built than other cats and that they have around paw that gives them strong hindquarters.

This extraordinary stuffed animal-like thick coat earns a lot of praise from animal enthusiasts because of its physical attributes. It has hair that is curly and plush-textures that makes it popular. This cat breed is famous to be a cat in a sheep’s clothing.

Their teddy-bear physical traits make them on top of the family cat breeds. They can be sweet and affectionate to whoever who go near them that is why they can be thieve-friendly.

They would only demand little of your attention that is why you can leave them at home for hours. The colors black, white, red, chocolate, cream, and lavender is the patterns and shadings of color that they have.

This cat is not a trouble-maker but it can be silly and do some clownish acts at times that bring entertainment. Even though they have quite long and curly hair, they can be maintained easily because they are into self-groom. You can even maintain its fur by not brushing it on a daily basis, once a week brushing is ideal.

This cat breed is popular for its unique physical appearance brought by its folded ears. Because of the natural dominant-gene mutation the cartilage of their ears is affected that appeared to be folded downwards.

The Scottish Fold Cat is also labeled as a lop-eared rabbit. Their folded ears complement their rounded face, short nose, and large eyes. They wear the usual cat colors such as white, black and grey. Their fur is characterized to be fine, thick and soft fur.

Because of their calm and placid temperament, they can easily adjust to a new environment and they can mingle with your other pets at home well. Their playfulness and intelligence depend on their mood, make sure not to make them lonely so that they won’t feel neglected.

Its soft voice and its ability to do vocalizations such as purrs and meows are evident if they are happy and comfortable. This cat sits with their paws on their belly while their legs are stretched to make the buddha position. At nighttime, you’ll enjoy seeing them sleep on their backs.

The Sphynx cat appeared to be hairless with wrinkled skin. It has round eyes, big ears, and pronounced cheekbones. It originated in Canada where their species is rare.

Its rarity and unique looking make it loved by cat enthusiasts. Their baldness is not just a design. It is due to a genetic anomaly there are different things to consider in taking good care of them. Sun exposure and changing temperatures are the factors that must be avoided.

You may need to keep them indoors if you want them to grow healthily. The Sphynx Cat is a people person because of its friendly and sociable personality.

They love to climb and jump using its well-muscled physique and powerful neck. It has a thick paw padding that is why when they roam around, it seems like they are walking on a cushion underneath.

They do not have hair to shed and to groom that is why they are low maintenance. You would know that they need something if they suddenly scream or make noise making them vocal. Dressing them especially during the cold season will surely be your hobby.

The Abyssinian Cat has a dark coating, slender and fine-boned body structure, almond-shaped eyes, long and tapered tails. Their fur has a deep reddish-brown base with some hints of black strands.

Observing this cat will give you an impression of how regal and elegant-looking it is. The reason why it is on the list of family cat breeds is that it is easy to care for. They are a people-oriented cat that is easy to please.

They may not be a lap cat but because of their curiosity and level of energy, they can be able to make good bonds with their owners.  Training exercises are a great way to train the Abyssinian Cat. They love heights that is why you may often see them climb.

To be able to match their active lifestyle and intelligence level, you may need to give them a playtime. You may have a playroom with perches where your cat can play. This cat breed is not only a good companion to humans but they can also be a good friend to other animals as well.

This cat breed was discovered in England and is tagged under the newer cat breeds. They are called by many things such as a bat, pixie cut, and an alien cat. The Devon Rex got its name from its birthplace in Devonshire, England.

The unique personality and appearance of this cat breed are being loved by cat lovers worldwide. Their coatings have fine texture that is both short and wavy. Its eye color is truly mesmerizing with varying colors that range from blue, green amber, aqua, gold, and hazel.

They used to stay in your lap, perched in your shoulders and even supervise the things you do because of their clingy attitude. It is under the list of favorite family cat breeds because of its charm and personality.

They have a mischievous personality but gives fun and entertainment to the people around them. Be sure to give them a comfortable and warm bed if you don’t want them to stay up all night.

This gentle giant cat breed is distinctive based on its physical appearance. It is considered as the oldest natural breeds originated in North America. The Maine Coon was named after its origin country which is in the State of Maine.

This cat breed is characterized to have a rectangular body shape, long and uneven two-layered coat in a satin undercoat and a long, bushy tail. The first thing that you’ll notice about this cat breed is its large body with a fierce facial expression.

All of its physical attributes make it a favorite cat in different cat shows.
The Maine Coon is suitable for families with children even though they have quite a large body frame. You don’t have to worry during the winter season because they have physical adaptations.

This physical adaptation involves their water-resistant fur that is thick enough to combat coldness. They do not demand anything especially your time, they can be satisfied in following you do different household chores.

It is patient and independent to play on its own that is why it is ideal to give it toys to chew and scratch. They can easily adapt to different personalities of people in the house because of their good-natured personality.

These top 10 family cat breeds are a great addition to your family. They bring happiness, laughter, comfort, and security in your homes. You need to return the favor to them by being a responsible fur parent to them as well. 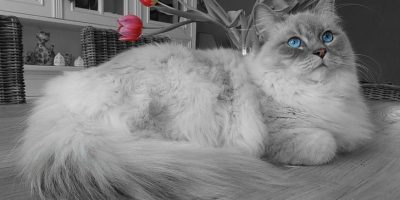 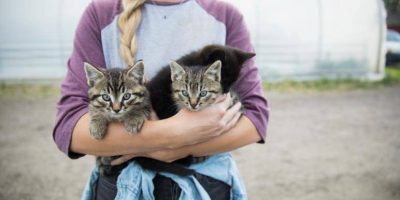